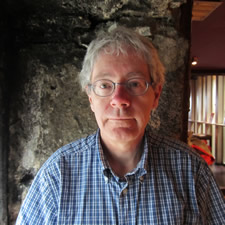 From Oven Lane to Sun Prairie: in Search of Irish America. Arlen House, 2019. 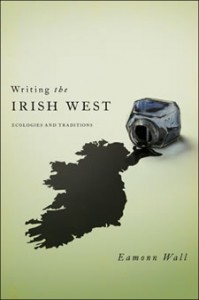 Writing the Irish West: Ecologies and Traditions was published by University of Notre Dame Press in 2011.

“Bringing an ecocritical approach to seven contemporary authors whose work is inspired by the West of Ireland, Wall breaks new ground in transatlantic studies by drawing parallels between representations of that region and the American West” (Isle).

“Writing the Irish West: Ecologies and Traditions, Wall has distilled the earlier experience of geographical binarism into an illuminating critical approach. His new book examines contemporary Irish writing on the West of Ireland through the wide-angle lens of cultural, critical, and literary writing on the American West. Though his focus remains on the Irish writers, apt evocations of American parallels enrich the texture of his analysis” (Andrew Auge, New Hibernia Review).

“Wall’s meticulous and timely scholarship, which incorporates recent texts such as Christine Cusick’s Out of the Earth: Ecocritical Readings of Irish Texts, ensures the book’s status within the field of ecocriticism” (Donna Potts, Irish Literary Supplement). 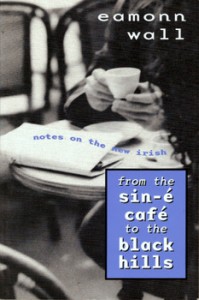 From the Sin-e Café to the Black Hills, a collection of essays, was published by the University of Wisconsin Press in 2000 and awarded the Michael J. Durkan Prize by the American Conference for Irish Studies for excellence in scholarship.

Essays, articles, and reviews of Irish, Irish American, and American writers have appeared in New Hibernia Review, Irish Literary Supplement, The Irish Times, The Washington Post, Chicago Tribune, South Carolina Review, An Sionnach, and other journals. Eamonn’s poetry and prose has appeared in the following anthologies: The Book of Irish-American Poetry from the 18th Century to the Present; Irish Writing in the 20th Century: A Reader; Wexford Through Its Writers; Flood Stage, An Anthology of St. Louis Poets; The Big Empty, Contemporary Nebraska Nonfiction Writers.

A longtime member of the American Conference for Irish Studies, Eamonn Wall served as president of the organization from 2005-2007. He currently serves as a vice-president of Irish American Writers and Artists. http://www.iamwa.com/

A native of Enniscorthy, Co. Wexford, Ireland, Eamonn Wall has lived in the US since 1982. He was educated at University College, Dublin; the University of Wisconsin-Milwaukee; and the City University of New York-Graduate Center, where he received his Ph.D. in English.

Eamonn Wall lives in St. Louis, Missouri, and is Smurfit-Stone Professor of Irish Studies and Professor of English at the University of Missouri-St. Louis. He teaches courses in Irish, Irish-American, and British Literature, directs the university’s Irish Summer School in Galway, and curates the Irish and Irish American Lectures/Concerts Series for International Studies & Programs.